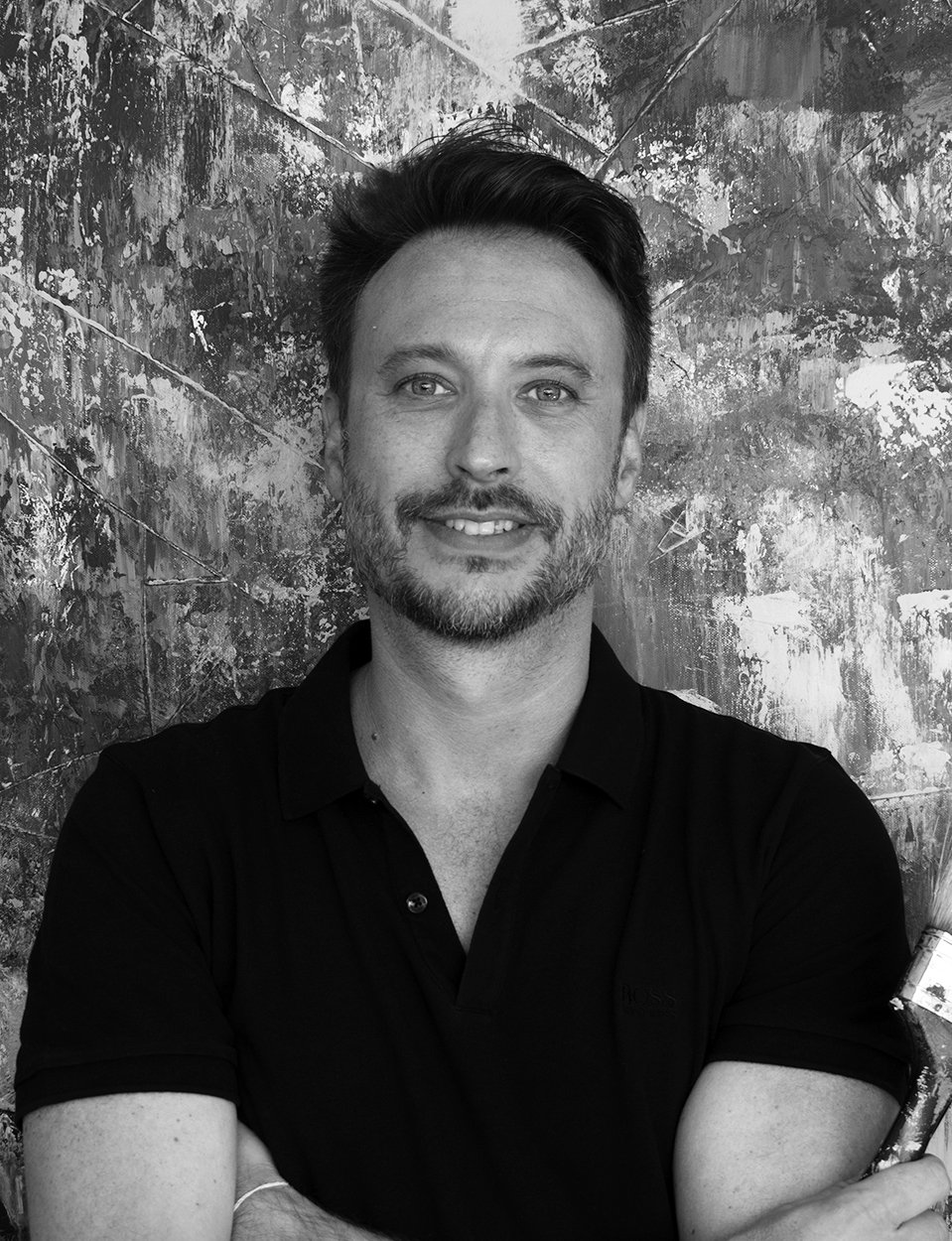 Sean Fear is a British artist based in Athens, Greece

Graduated in Illustration from Falmouth University, he worked as a children’s book illustrator for several independent writers as well as a commissioned artist providing detailed pencil drawings such as family and pet portraits. A decade later, he moved over seas and now works as an art teacher and designer at a school in Athens, Greece.

Sean is inspired by daily encounters especially within nature and he strives to understand subjects in a deep and profound way. Common to his work is the dominance of abstraction that surrounds his figures who stand proudly against the metaphysical background. Sean likes to explore a variety of subjects with a focus on light, contrast and texture.

His desire to create flows naturally where he interprets his own experiences rather than creating a perfect imitation. This process allows him to feel connected, open-minded, thankful and honest.

Sean uses several tools such as brushes, palette knives, rollers and cards. He paints with ultimate creative freedom and addresses elegant colour harmonic modern pieces with a focus on contrast and texture.